In a week in which American democracy confronted a major political crisis, the stock market barely blinked. The Justice Department appointed Robert S. Mueller III, a former F.B.I. director, as special counsel to investigate ties between President Trump's campaign and Russian officials, but the stock market remained near its record all-time high. Why?

Perhaps the main reason is that America really is exceptional. In the face of a major political crisis, the U.S. government worked.

Stock prices - after a hiccup early in the week - recovered. In addition, the economy is continuing to grow. 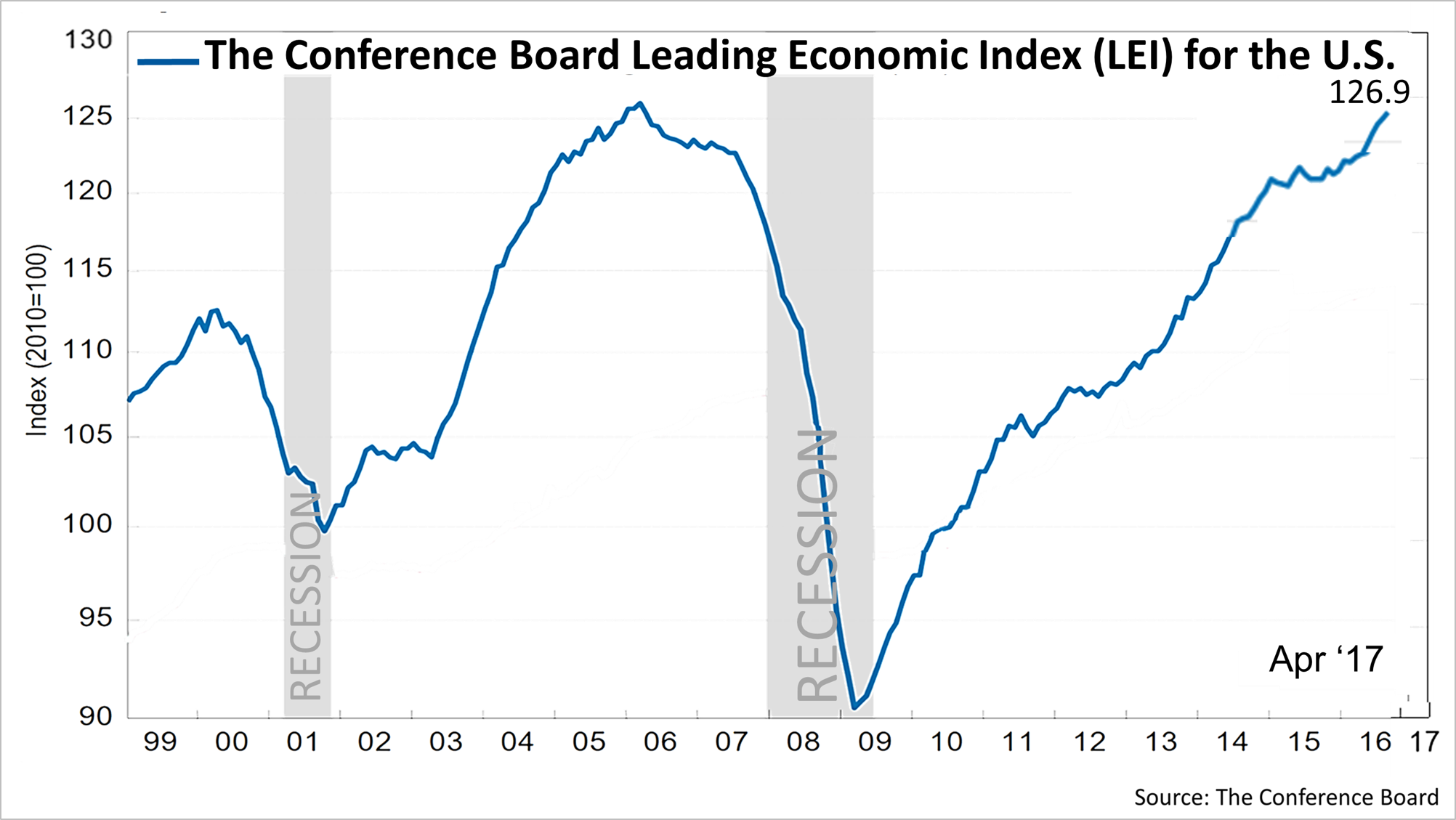 The U.S. Index of Leading Economic Indicators (LEI) for April, released Thursday, gained three-tenths of 1%, yet another uptick in a long string of positive monthly reports.

"The recent trend in the U.S. LEI, led by the positive outlook of consumers and financial markets, continues to point to a growing economy, perhaps even a cyclical pickup," said The Conference Board, a business association that tracks the LEI.

The LEI has historically dropped definitively prior to a recession. Nothing like that is happening now. 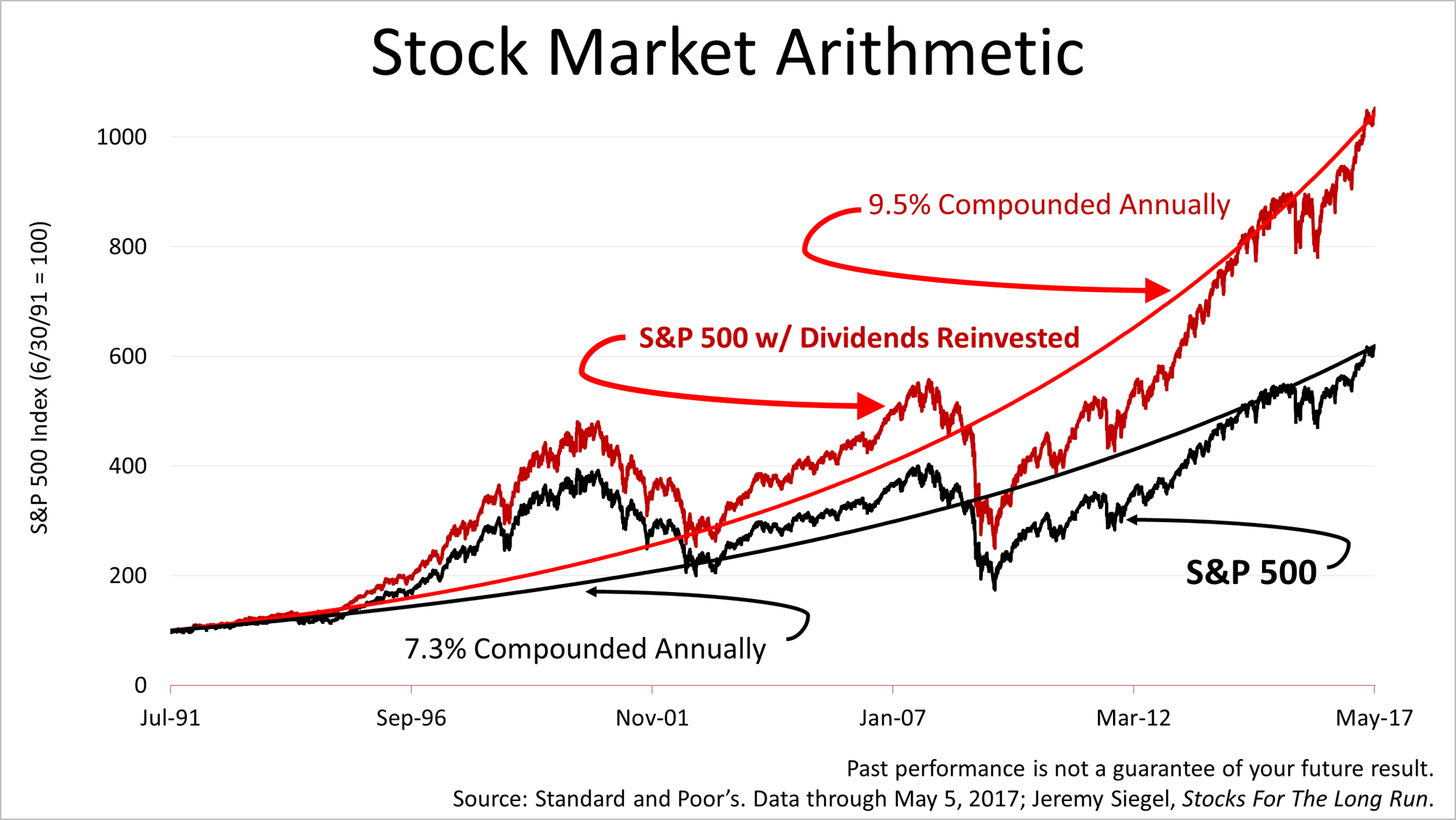 Ironically, the strength of stock prices in the face of the circus in Washington has some observers wondering if investors have lost touch with reality and are caught up in a bubble mentality. However, stock market arithmetic indicates investors are rational.

Professor Jeremy Siegel in his seminal book, Stocks For The Long Run, calculated the compound growth rate of stocks back to 1871 at about 9.5% a year, if dividends are included, which is shown in the curved red line. Excluding the reinvestment of dividends, the compound annual growth on stocks is about 7.3%, which is shown in the black curved line. While the actual price of the Standard & Poor's 500 stock index does not exactly track with the curved lines, stock prices are right in line with their long-term historical performance trend-line. 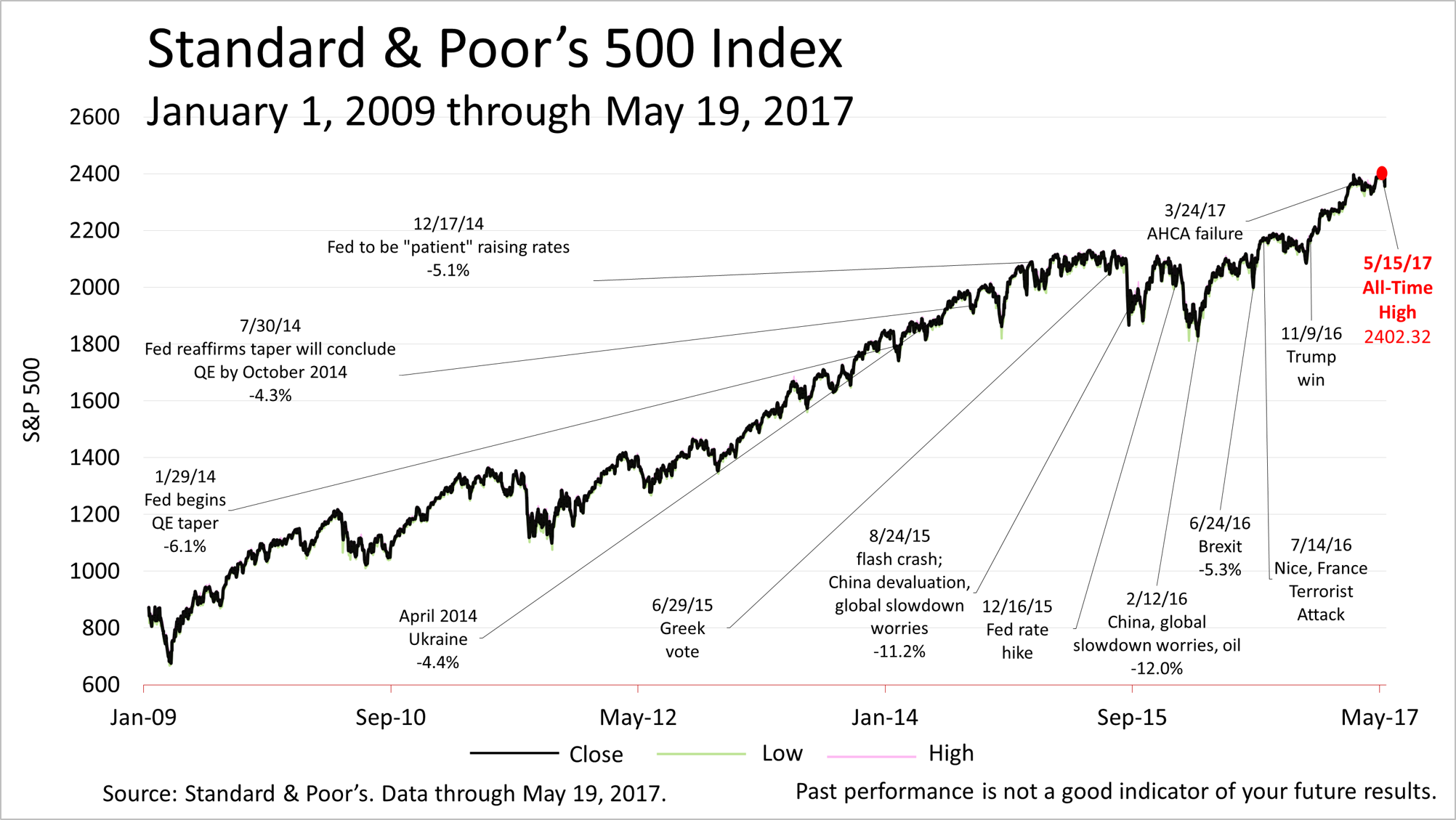 For the week, the blue-chip index measuring the price of America's largest publicly-held companies dropped by about a one-third of 1%. Closing at 2,381.73 on Friday, the S&P 500 remained not far off its all-time high.

While the circus in Washington, D.C. is distressing, no matter what your political persuasion, take heart in the fact that the American economy and financial system were unfazed.

This article was written by a veteran financial journalist based on data compiled and analyzed by independent economist, Fritz Meyer. While these are sources we believe to be reliable, the information is not intended to be used as financial advice without consulting a professional about your personal situation.

Indices are unmanaged and not available for direct investment. Investments with higher return potential carry greater risk for loss. Past performance is not an indicator of your future results.